This is Part II in a series of articles about in vitro meat and how it has been portrayed in fiction. You can find Part I here, or jump straight in if you're feeling adventurous.

In a strange twist that sounds like the product of fiction, a website advertising a company called 'Bitelabs' details plans to grow meat from celebrity tissue samples to make antisanal salami. Cultivated celebrity tissue would be mixed with animal meats and complimentary herbs and spices to produce something that whiffs quite strongly of cannibalism. Ellen DeGeneres, Jennifer Lawrence, Kanye West and James Franco have been identified as potential candidates to become sausage, and the website details exactly what each celebrity's salami will entail. 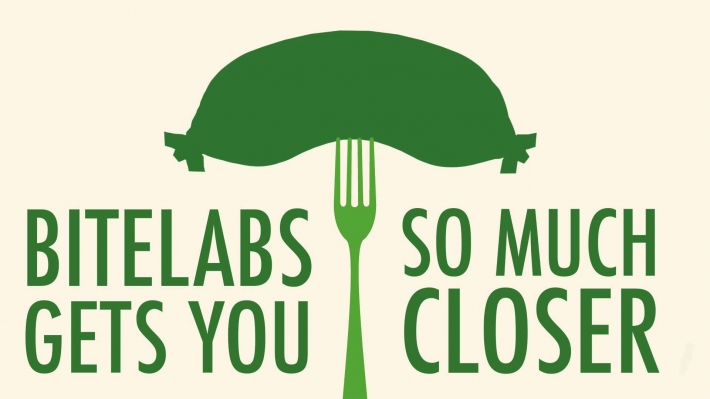 Jennifer Lawrence - A different type of Hunger Game
The JLaw salami will be complemented by a mixture of rabbit and pork. A charming and confident flavor profile, the JLaw salami is coarse ground in a rustic style, smoothed with notes of honey, and spiced with orange zest and ginger. Always surprising, this salami will never fail to entertain.
-- Bitelabs.org

Though I don't underestimate the human race's ability to commit some questionable acts, I'm inclined to believe that Bitelabs is nothing but a parody of celebrity-obsessed culture, an imaginative and neatly-executed one at that. It promises to get you even closer to the celebrities that you admire and reaches new lows concerning the commodification of the human body. Most unsettlingly, it wouldn't be at all impossible, considering the recent steps that have been made in the production of artificial meats. So, would this count as cannibalism, if it only originated from a few celebrity cells? And even if it was, would it be unethical to eat another human being?

Atwood also addresses the question of cannibalism in 'Oryx and Crake', though not through discussion of ChickieNobs. ‘Pigoons’ are genetically-modified, laboratory-grown animals that are grown to huge sizes and have many organs. These organs, including skin and brain tissue, are are harvested for transplanting into humans. The pigoon organs are grown from human tissue, so they are less likely to be rejected by their eventual recipient. However, though reassured that 'pigoon' meat will never be allowed for human consumption, there are some concerns raised in the cafeteria of the bioengineering company where the pigoons are produced. It is noticed that around the time of 'pigoon' harvesting, there is an unusual increase in the number of pork products on the menu. Some characters are unconcerned by this, while others raise the issue of cannibalism, as the pigoons are created with human DNA. Atwood seems to suggest that even if the amount of human tissue involved in the process is minimal or indirectly involved, there will still be a certain degree of horror surrounding the thought of eating something that includes human tissue.

Having repeatedly been asked about producing human meat, Professor Mark Post has avoided answering the question, requesting that we 'do this one weird step at a time'.

Could vegetarians eat this 'meat'?

Despite the horror stories posited by critics and by fiction, the benefits of artificial meat are undeniable and any health implications, if there are any, are yet unidentified. Once production from one set of stem cells has begun, it is theoretically possible to produce meat indefinitely without introducing any new cells from a living organism. This is great news for animal welfare, as the involvement of living animals is minimal. A single sample of stem cells could produce 20,000 tonnes of muscle cells, enough to make 175 million quarter-pounders, which currently require 440,000 cattle to be slaughtered. As a strong motivation for many vegetarians is the welfare of animals, this could mean that some vegetarians are able to eat the meat.

There are also environmental benefits. A study in the Environmental Science and Technology Journal reported that lab-grown beef uses 45% less energy than the average global representative figure for farming cattle. It also produces 96% fewer Greenhouse gas emissions and requires 99% less land. Livestock farming is inefficient, as cows need 100g of vegetable protein to produce 15g of edible animal protein. Artificial meat could eradicate the need for livestock farming, freeing up huge amounts of land that could be used for vegetable farming or housing, an increasingly important concern with the population of Earth growing at such an alarming rate. 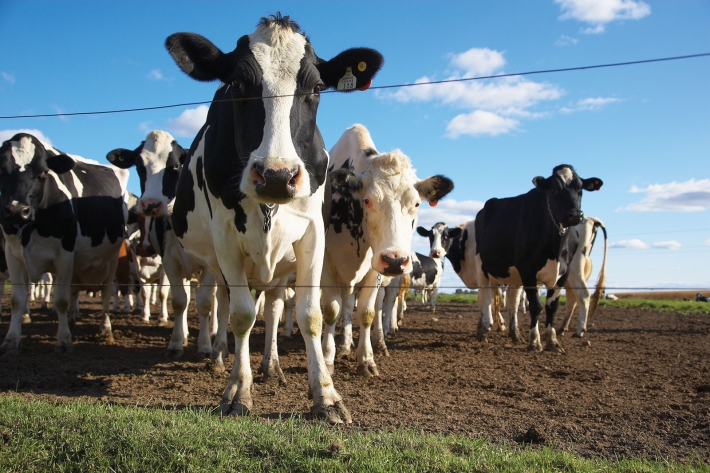 Considering these figures, there seems to be little argument against artificial meats. In fact, Professor Julian Savulescu, the director of the Oxford Uehiro Centre for Ethics, makes the case for vegetarians eating artificial meat, saying that

"the fact that the meat is made from animal by-products is morally irrelevant. People who are vegetarian for moral reasons - the environment, the treatment of animals - have a moral obligation to eat this meat. They need to do this because it will contribute to an ethical alternative to conventional meat."
-- Professor Julian Savulescu, Director of the Oxford Uehiro Centre for Ethics

Such a strong view I'm not sure most vegetarians would agree with, as Professor Savulescu's argument rests on vegetarians providing an example for meat-eaters to follow. Many vegetarians might suggest that they are already encouraging a preferable, meat-free way of life, and that their actions are unlikely to contribute to the overall change in public opinion. However, I'm sure this would depend on how good a substitute the artificial meat proves to be, and how cost-effective an alternative it proves to be. It may prove successful regards of whether vegetarians change their diets in order to promote the 'ethical alternative'. There are already many alternatives available for non meat-eaters, including soya and gluten-based meat substitutes, some of which are not poor mimics of the meat they are aiming to replace. There are also many protein-rich foods to choose from, including beans, lentils, tofu and quinoa. Many would encourage us to simply consume more of these products than try to replace the meat in our diet with an expensive and laboratory-produced alternative.

The process involved in creating artificial meat, so far, is a long was from being from slaughter-free, and the problem lies with the foetal bovine serum in which the stem cells divide. Ideally the growth mediums used to produce artificial meat would be entirely free of animal sources, reducing further the impact on animal welfare. However, the medium in which the stem cells grow and divide includes a serum extracted from cow foetuses, the only component of the meat that has been taken from a slaughtered cow. The extraction of the serum is gruesome, and not often mentioned, as if it's a secret the researchers would rather we didn't know. The serum comes from the blood plasma of an unborn cow. The pregnant mother is killed to remove the calf, who then receives a needle in its heart so that its blood can be extracted. To put it into perspective, 500ml of serum are needed to produce just 5g of artificial meat. This is an aspect of production that is inefficient and unnecessarily cruel and will have to change if artificial meat is to become commercially successful.

A plant-based serum could replace this fetal bovine serum, and is likely to be less expensive too. However, some plant-based growth mediums may cause allergic reactions, so this is always a concern that needs to be addressed.

Despite the reduction in the slaughter of animals that such laboratory-grown meat would bring, it would still need the slaughter of some animals to provide regular samples of stem cells and to provide the fetal bovine serum for growth. Until such factors can be eradicated, and I imagine the former is extremely unlikely, artificial meat is unlikely to be entirely 'cruelty-free' and that is likely to be a matter of concern for many vegetarians. 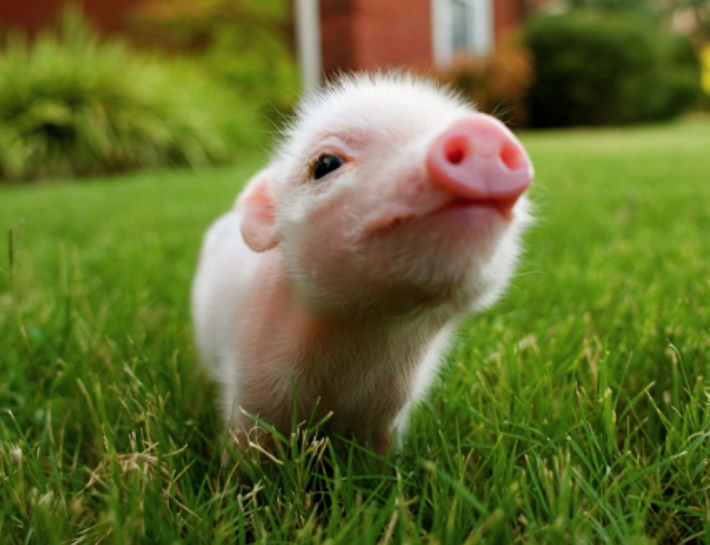 This wee chappie would like to remind you that many meat substitutes currently on the market are low in fat and are nutritiously beneficial. He has only your best interests at heart!
Credit: FunPics

So far, any health implications of eating this laboratory-grown meat have yet to be seen. If they do exist, it is likely to be a dietary problem, which may be combated by eating the meat in moderation as part of a balanced diet, like anything from doughnuts to tomatoes. I don't see the example from 'Oryx and Crake' as scare-mongering a horror-filled reaction, more as identifying likely concerns and showing how easily humans can overcome such initial uncomfortable responses.

Before artificial meat is seen as normal on supermarket shelves and in restaurants, there are a few matters that need to be addressed, in addition to the remaining animal welfare concerns. The current scale of production is very small and though growing these stem cells takes far less time than growing a whole cow, the rate of stem cell division must be high to ensure the rate of production is efficient and cost-effective. The current cost of production is exceptionally high, but this is likely to reduce over time. In a recent interview with 'The Observer', Prof Mark Post suggested that these burgers could be ready for the commercial market within the next 7 years. That seems like a relatively short space of time and possibly too optimistic. The perception of the public may be the hardest obstacle to overcome, but at least there is time to try and change people's minds, and to spread the word about the ethical benefits of artificial meat, before it is ready to be sold and eaten on a large scale.

Have you ever woken to find you're unable to move or call out, maybe with the feeling that there is someone else in the room? If so, you may have experienced a condition

We live in a world of injustice, where millions of people in the Western world are overweight and suffering from related health problems while millions more are starving. Farming of livestock is criticised